But I finally moved past the seven stages of grief to the final stage – acceptance.

With every day I am increasingly optimistic. I am 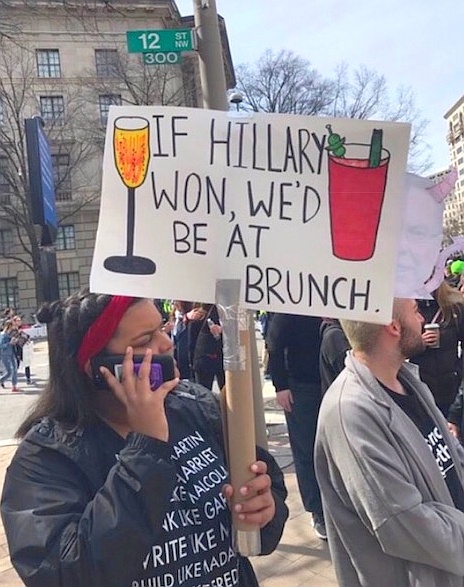 excited by the deepening political awareness of so many Americans. Perhaps it took a surreal event like the outcome of the last presidential election for people to say, “Hey, I guess my vote does make a difference and values do matter”.

And maybe it was the election of one of the most sexist, misogynist men ever to hold office that led to the #MeToo mass movement that made women stand up and say, “No More”.

First-time candidates from Dog Catcher to US Congress are running in record numbers. The enthusiasm to make a difference and have an impact in one’s community is contagious. While people may still be cynical about Washington, DC, they are dedicating themselves to public service at home and it is commendable. And, a huge shout out to all the women – triple the number of women signed up with EMILY’s List for candidate training in 2018 than in previous elections! Impressive.

I am enthusiastic about our future – which surprises me to say. So, to all of the people who are marching, running, taking a stand and fighting back, I say thank you for the inspiration.

Besides, what on earth would we do with all of our spare time if the election had turned out the other way?